November 24, 2021 – Countries in Europe are facing a new wave of coronavirus cases, which could lead to an additional 700,000 deaths by March 1 if current trends continue, WHO announced Tuesday.

More than 1.5 million people have already died from COVID-19 in the 53 countries that make up the European region of the World Health Organization. That means the death toll could exceed 2.2 million by early 2022.

Europe “remains firmly in the grip of COVID-19 pandemicThe WHO said, noting that the coronavirus is the leading cause of death in Europe and Central Asia. By March, intensive care units in 49 of the 53 countries will face “high or extreme stress.”

The WHO reported more than 2.4 million new cases in the region last week, which represented 67% of all COVID-19 cases worldwide during that time. Deaths rose to nearly 4,200 per day, doubling the 2,100 daily deaths reported at the end of September.

France reported more than 30,000 new COVID-19 infections on Tuesday, marking the first time since August that the country has recorded so many cases in 24 hours, according to to Reuters. Daily cases are up 54% from last week, and the week-over-week increase has been around 50% for 11 consecutive days.

“This is a very significant increase in the rate of infection, which shows that we are really, unfortunately, in a fifth wave of the epidemic,” Olivier Veran, the country’s health minister, told lawmakers on Tuesday.

Germany also set a pandemic record on Monday with a 7-day average of more than 51,000 new cases daily, according to at CNBC. Russia reported a record high of more than 1,200 daily deaths for the week that ended on Monday.

WHO said the latest wave is fueled by several things: the most contagious Delta variant, people moving indoors due to colder weather, relaxed restrictions and slowness vaccine adoption in some countries.

“As we approach the end of 2021, let’s do all we can by getting vaccinated and taking personal protective measures to avoid the last resort of blockages and school closures,” said Hans Kluge, regional director of WHO for Europe, in the WHO press release.

Some countries are reinstating strict measures to contain the spread of the virus, which has sparked protests, according to To The New York Times. Austria returned to lockdown for at least 10 days on Monday, closing shops, restaurants and holiday markets. The Netherlands also began a partial lockdown over the weekend and Germany may announce new restrictions this week.

In addition, more countries are approving booster injections for fully vaccinated people, including France, Germany and Greece, according to at the BBC. Other evidence shows that vaccine Protection is waning and breakthrough cases are becoming more common, according to the WHO, which has encouraged countries to approve booster doses for vulnerable groups, health workers and people over 60.

Europe and Central Asia are facing “a difficult winter ahead,” Kluge said. He called for a “vaccine more ”, which includes vaccination, adherence to physical distancing guidelines and wearing masks.

Face masks reduce coronavirus transmission by 53%, the WHO said, which could prevent more than 160,000 deaths by March 1.

The US State Department responded to the European wave by adding Denmark and Germany to its “Do not travel” list, which is the highest risk category for travel, according to To The Washington Post.

The Level 4 designation means that the CDC and the State Department recommend against traveling to these countries, even if people are vaccinated. Other European countries were added to the Tier 4 list last week, including the Czech Republic, Hungary and Iceland. 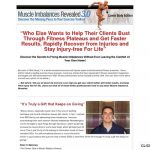 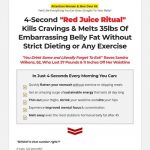 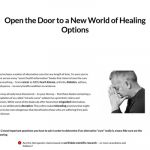