The West Liberty University Board of Governors took no formal action during its meeting Wednesday after breaking into executive session to discuss plagiarism by W. Franklin Evans, president of the public West Virginia university.

“The board will refer the matter to the human resources department of West Liberty University,” Rich Lucas, chairman of the board, said before adjourning the meeting. “Human resources will provide all requested information to the full Board of Governors with all pertinent materials.”

Faculty members and students had been waiting to see if the board would take action against the president.

During the public portion of the meeting, Jason Metz, assistant professor of exercise physiology and faculty representative to the board, read out the results of a Friday faculty survey. About 66 percent of faculty members responded to the survey about the president’s plagiarism, and of those, 86 percent said Evans’s leadership was compromised. Nearly three-quarters of faculty respondents said that they would vote no confidence in Evans’s leadership, and six in 10 of those said they would also request Evans’s resignation.

Fewer than half of faculty respondents — 45 percent — believed the issue could be resolved by punitive action from the Board of Governors.

Lucas said in a statement last week that the board would address Evans’s plagiarism “in the appropriate manner, at the appropriate time, at the next Board of Governors meeting.”

The board will meet again to “make a final resolution” after members view the information they requested, Lucas said. A university spokesperson did not elaborate on what type of information the board requested from human resources.

The Faculty Senate determined in late September that Evans had plagiarized parts of at least four public speeches. Shortly after giving a convocation speech that contained uncited language from online articles, Evans apologized for failing to attribute the information, and he apologized again during yesterday’s board meeting.

Metz said that Evans’s apology was “a step in the right direction,” but that the West Liberty campus has already experienced fallout from the plagiarism scandal.

“We have reports from those that provide tours to prospective students on campus, that … parents are questioning our academic integrity,” Metz said. “They are asking the tour leaders how we intend on enforcing academic honesty, and our students and our leaders don’t have an answer for that.”

Some faculty members are struggling to enforce plagiarism rules in their classrooms because students cite the double standard set by Evans, Metz said. The faculty is also concerned about the potential impact of the scandal on hiring and donations to the university.

Unscientific, but Promising | Confessions of a Community College Dean 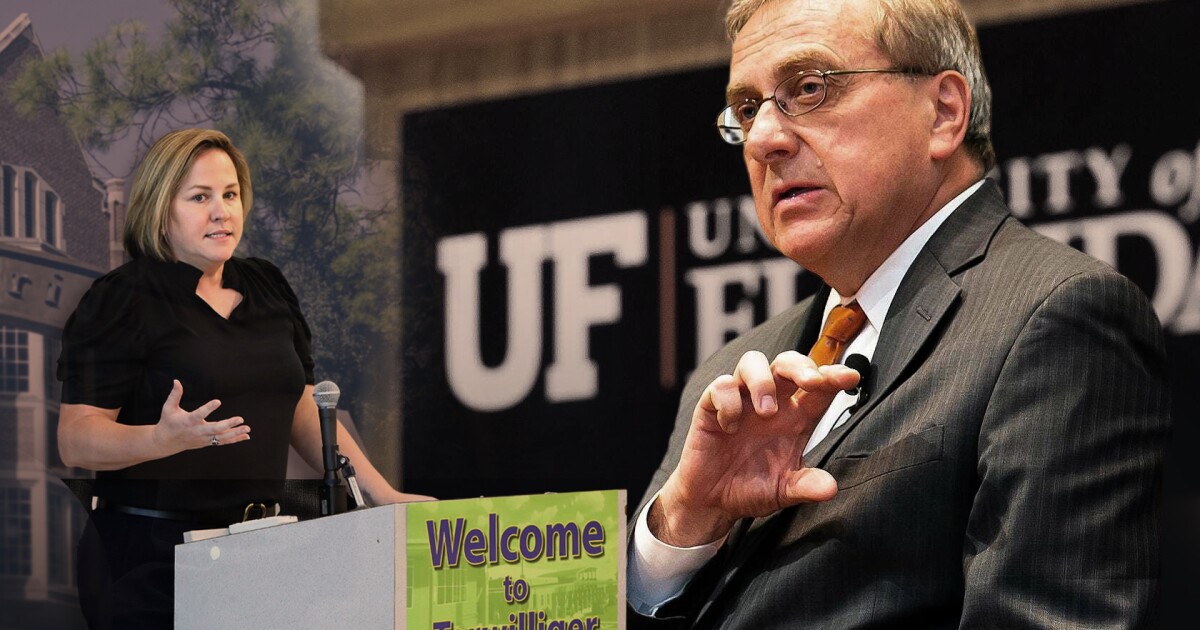 In Gator Nation, a President Who Won’t Bite