WASHINGTON — The United States will send Ukraine advanced rocket systems and munitions as part of a new $700 million package of military equipment intended to help the Ukrainians fight back against the Russian invasion of their country, President Biden and White House officials said on Tuesday.

Mr. Biden announced his decision to provide the rocket systems, which can precisely target an enemy from almost 50 miles away, in an Op-Ed published online Tuesday evening by The New York Times. He said the delivery of the advanced weapons would enable Ukraine to “fight on the battlefield and be in the strongest possible position at the negotiating table.”

But a senior administration official said later that the weapons system — the most advanced provided to the Ukrainians to date — was promised only after direct assurances by Ukraine’s leaders that they would not use it against targets within Russian territory.

As the war has dragged on, the Biden administration has progressively widened the array of weaponry it has provided to the Ukrainians, and the latest package will also include Javelin antitank missiles, artillery rounds, helicopters and tactical vehicles. But top administration officials have been concerned about provoking a broader war with President Vladimir V. Putin of Russia by providing equipment that could allow Ukraine to strike deep inside his country.

That has proved to be a tricky line to walk for the president and his advisers since Mr. Putin sent his troops into Ukraine nearly 100 days ago.

In his article on Tuesday, Mr. Biden described his administration’s resolve to support Ukraine in its attempts to repel Russian invaders. But Mr. Biden also offered specific assurances for Mr. Putin that the United States does not intend to provoke a wider conflict or the use of weapons of mass destruction.

“We currently see no indication that Russia has intent to use nuclear weapons in Ukraine, though Russia’s occasional rhetoric to rattle the nuclear saber is itself dangerous and extremely irresponsible,” Mr. Biden wrote. “Let me be clear: Any use of nuclear weapons in this conflict on any scale would be completely unacceptable to us as well as the rest of the world and would entail severe consequences.”

Mr. Biden stated bluntly in his article that he did not seek to overthrow Mr. Putin, despite his off-the-cuff remarks during a speech in Poland earlier this year, when he said the Russian president “cannot remain in power.” On Tuesday, Mr. Biden presented a different view.

“We do not seek a war between NATO and Russia,” he said. “As much as I disagree with Mr. Putin, and find his actions an outrage, the United States will not try to bring about his ouster in Moscow. So long as the United States or our allies are not attacked, we will not be directly engaged in this conflict, either by sending American troops to fight in Ukraine or by attacking Russian forces.”

Mr. Biden’s administration has already sent Ukraine about $5 billion worth of antitank and antiaircraft missiles, unmanned aerial vehicles, helicopters and other military equipment as the European country seeks to repel Russia’s invasion.

Administration officials said the advanced rockets and other equipment will be formally announced on Wednesday, along with a spare parts package that will allow Ukrainians to maintain the artillery equipment that has been provided.

Officials said on Tuesday that Ukraine will be receiving the American High Mobility Artillery Rocket System, or HIMARS, which is a satellite-guided precision weapon that carries roughly the same explosive power as a 500-pound bomb dropped from the air.

The system can strike targets up to 48 miles away, a senior administration official told reporters Tuesday evening, well beyond the range of any artillery Ukraine now uses. According to a report published by the Congressional Research Service in June, the Pentagon has spent about $5.4 billion to buy more than 42,000 such rockets since 1998.

On the ground. Fighting raged in Sievierodonetsk, the last city in the Luhansk region to remain outside Russian control since the war efforts shifted to the east of the country. Though most of the city’s civilian population has fled in the past few weeks, 12,000 people, many of them elderly, are said to be trapped there in appalling conditions.

Russian oil embargo. European Union members finally reached an agreement on a Russian oil embargo and new sanctions against Russia. The long-delayed deal effectively exempts Hungary, which had opposed the embargo, from the costly step the rest of the bloc is taking to punish Russia.

Second war crime trial. A Ukrainian court sentenced two Russian soldiers to 11 and a half years in prison for shelling a town in the country’s northeast during the war. It was the second guilty verdict handed down by Ukrainian courts for war crimes since the invasion began.

The system could be outfitted with even longer-range rockets, capable of flying nearly 200 miles before striking a target, officials said Tuesday. But Mr. Biden decided against providing those rockets to Ukraine, a senior administration official said.

Mr. Biden had told reporters on Monday that “we’re not going to send to Ukraine rocket systems that can strike into Russia.”

One senior administration official acknowledged that even the rockets with a 48-mile limit could be used to attack targets inside Russia if the system was brought to the Ukraine-Russia border. But the official, who spoke to reporters on condition of anonymity, said that Ukraine’s government had assured the United States that would not happen, and that the administration was comfortable with the assurances.

Mr. Biden made clear in his Op-Ed on Tuesday that it was important for the United States, and other countries, to provide more advanced weapons to Ukraine as the Russian military makes gains in the eastern part of the country.

“Standing by Ukraine in its hour of need is not just the right thing to do,” he wrote. “It is in our vital national interests to ensure a peaceful and stable Europe and to make it clear that might does not make right.”

The tone of Mr. Biden’s article indicated that he believed Americans should prepare for the war to continue for a long time. He said he wrote the article to make the aims of the United States clear “as the war goes on.”

Even as he vowed ongoing military support for Ukraine, Mr. Biden said he continued to hope that the countries could find a diplomatic end to the conflict.

“Ukraine’s talks with Russia are not stalled because Ukraine has turned its back on diplomacy,” he wrote. “They are stalled because Russia continues to wage a war to take control of as much of Ukraine as it can. The United States will continue to work to strengthen Ukraine and support its efforts to achieve a negotiated end to the conflict.” 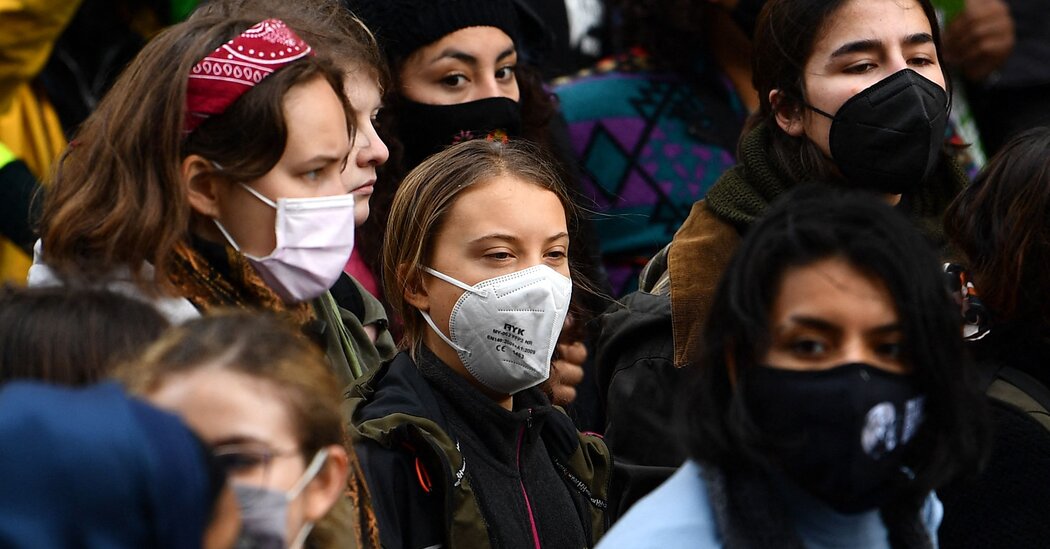