Weekly grocery bills can equal months of a typical family’s income. The banks refuse to let people withdraw money. Basic medicines are often unavailable, and lines at gas stations can last for hours. Every day, many homes run out of electricity.

Lebanon suffers a humanitarian catastrophe created by a financial collapse. The World Bank called it one of the worst financial crises in centuries. “It really feels like the country is melting,” said Ben Hubbard, a Times reporter who has spent much of the past decade in Lebanon. “People have seen a whole way of life disappear. “

This is a shocking turnaround for a country that was one of the Middle East’s economic success stories in the 1990s. Considering the extent of the suffering and the modest media attention it received while the rest of the world remains focused on Covid-19, we’re dedicating today’s newsletter to explaining what happened in Lebanon, with help from Ben.

How did it happen?

As often happens with a financial crisis, the situation built up slowly and then collapsed quickly.

After Lebanon’s 15-year civil war ended in the 1990s, the country decided to peg its currency to the US dollar, rather than let global financial markets determine its value. Lebanon’s central bank promised that 1,507 Lebanese liras would be worth exactly $ 1 and that Lebanese banks would always swap one against the other.

This policy brought stability, but it also forced Lebanese banks to hold a large amount of US dollars, such as the Wall Street Journal’s Nazih Osseiran has explained – so that banks can keep their promise to exchange 1,507 lira for $ 1 at any time. Lebanese businesses also needed dollars to pay for imported goods, a big part of the economy of a country that produces little of what it consumes.

For years, Lebanon has had no problem attracting dollars. But after 2011, that changed. A civil war in Syria and other political tensions in the Middle East have hurt the Lebanese economy. The rise of the Hezbollah group, which the United States considers a terrorist organization, in Lebanon has also deterred foreign investors.

To keep the dollars flowing, the head of Lebanon’s central bank came up with a plan: the banks would offer very generous terms – including an annual interest of 15% or even 20% – to anyone who deposits dollars. But the only way for banks to meet these conditions was to reimburse the original depositors with money from the new depositors.

Of course, there is a name for this practice: a Ponzi scheme. “Once people figured that out, it all fell apart,” Ben said. “2019 is when people stopped withdrawing their money from the banks. “

Officially, the exchange rate remains unchanged. But in daily transactions, the pound’s value has fallen more than 90% since 2019. The annual inflation rate has exceeded 100% this year. Economic production has plunged.

Even before the crisis, Lebanon was a very unequal country, with a wealthy political elite that has long enriched itself through corruption.

Three developments since 2019 have worsened the situation.

First, the government tried to raise funds by imposing a tax on all WhatsApp calls, which many Lebanese families use because phone calls are so expensive. The tax infuriated people – many of whom saw it as yet another example of government-imposed inequality – and sparked widespread and sometimes violent protests. “People outside looked at the country and said, ‘Why involve my business in a place like this? “,” Said Ben.

Third, a huge explosion in the port of Beirut, the capital of Lebanon, in August 2020 killed more than 200 people and destroyed several prosperous neighborhoods. “A lot of people couldn’t afford to fix their homes,” Ben said. (This Times Project takes you inside the harbor and shows how corruption helped make the explosion possible.)

Lebanon formed a new government last month, for the first time since the explosion. The prime minister is Najib Mikati, a billionaire who has held the post twice since 2005.

The French government and other foreigners have pushed the Lebanese government to adopt reforms, but there is little evidence that it will. The Biden administration, focused on other parts of the world, has chosen not to get deeply involved.

Many Lebanese families depend for their survival on money transferred from family members living in other countries. “The only thing that keeps a lot of people afloat is that most Lebanese families have relatives somewhere abroad,” Ben said.

Blockbuster: A director has finally made a “Dune” that fans will love.

Profile: Selma Blair wants you to see her live with multiple sclerosis.

A Times classic: In which country would you choose the health system?

Lives lived: Myriam Sarachik escaped the Nazis, fought sexism in the world of physics, and conducted groundbreaking research on magnetism. She died at the age of 88.

Fifty years ago, the rock opera “Jesus Christ Superstar” – with music by Andrew Lloyd Webber and lyrics by Tim Rice – opened on Broadway. Outside of the sold-out shows, protesters called the musical blasphemous.

Production was a risk. He tells the story of the last seven days of Jesus’ life through the eyes of one of his disciples, Judas Iscariot. As Lloyd Webber recently told UK newspaper The Telegraph, the producers viewed it as “the worst idea in historyAnd didn’t want to stage it.

Some early reactions echoed these fears. Times critic Clive Barnes has exhausted production: “It all looked rather like the first sight of the Empire State Building. Not at all uninteresting, but somewhat surprising and of minimal artistic value.

Ultimately, the show won over the audience. A show combining rock and musical theater, the musical paved the way for shows like “Les Misérables” and “The Phantom of the Opera”, writes Sarah Bahr in The Times. – Claire Moses, a morning writer 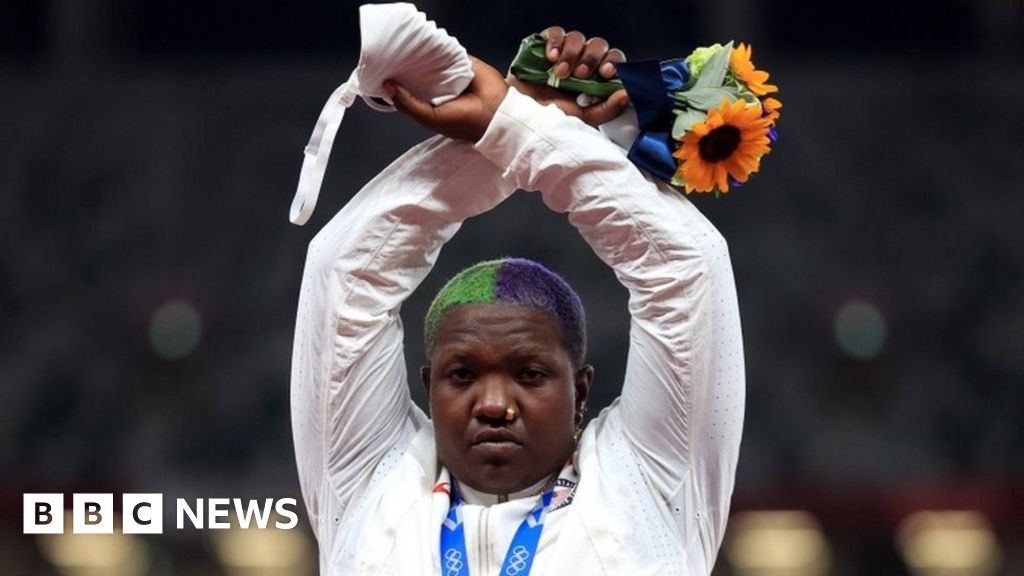 Raven Saunders: What the Olympian X protest means to her

Young Africans Struggle for Jobs and Education in Times of Pandemic