SHREVEPORT, Louisiana (AP) – The 33-year-old Texas woman drove alone four hours a night to get to the Louisiana abortion clinic for a consultation. She originally planned to sleep in her car, but an advocacy group helped organize a hotel room.

Single and a mother of three children aged 5 to 13, she feared that adding a baby now would take time, food, money and space away from her three children. She is out of work and without the help of groups offering safe abortion, she said, she likely would have looked for another way to end her pregnancy.

“We must be heard. This must change. This is not true. “

She was one of more than a dozen women who arrived at the Hope Medical Group for Women on Saturday, a one-story brick building with covered windows just south of downtown Shreveport. Some came alone. Others were accompanied by a friend or partner. Some brought their children because they could not get child care.

All were seeking to terminate a pregnancy, and most were from neighboring Texas, where the the most restrictive abortion law in the country remains in effect. It prohibits abortions once heart activity is detected, after about six weeks, before many women even know they are pregnant. There is no exception for rape or incest. As a result, the abortion clinics of the surrounding states are flooded with the women of Texas.

The women agreed to speak to The Associated Press on condition of anonymity so that they could speak openly about their experiences.

Like many others, the 33-year-old Texas mother said she had tried to schedule an abortion closer to home, but was too far advanced. When she arrived at the abortion clinic on Saturday, she was only nine weeks old and had to have a surgical abortion rather than using medication. She said the ordeal made her angry with Texas politicians who passed the law.

“If I had to keep this baby, I don’t know what would have happened. I would have probably gone mad, and they don’t understand it, “she said, her voice filled with emotion.

A 25-year-old woman made the 70-mile journey south of Texarkana, on the border of Texas and Arkansas. She said she already had five weeks to realize she was pregnant and knew it would be impossible to schedule the two required visits to a clinic in Texas. By the time she was able to make an appointment at Shreveport, her pregnancy was almost too late for a medical abortion.

“Fortunately, I found out when I did, because then I was still able to take the pill rather than the surgery,” she said.

While at the clinic, her husband waited hours in the car with her young son, who is a toddler and still breastfeeding. They had no one to watch him.

Texas law has been bouncing around the courts for weeks. The Biden administration again urged the courts on Monday to suspend it. The effort came three days after a federal appeals court restored the law following a sweeping lower court ruling that created a brief 48-hour window last week in which claimants Texas abortionists rushed to bring back patients.

The anti-abortion campaign that fueled the law aims to reach the U.S. Supreme Court, where abortion opponents hope the conservative coalition united under President Donald Trump will end the constitutional right to abortion established by the landmark Roe v. Wade from 1973.

As most of the women entered the clinic parking lot, they were greeted by anti-abortion protesters, mostly from east Texas, who regularly travel to Shreveport.

John Powers, 44, a machinist from Jacksonville, Texas, said he typically made the nearly two-hour commute twice a month in an attempt to change any woman’s mind. During the 13 years he has demonstrated in front of clinics, he said he convinced two women not to have their abortions, which he calls “turnarounds”.

“I’m not going to say that this happens often,” said Powers, who has six children and supports any law that makes it harder for women to have abortions. “Let’s say I never have another turnaround, this baby who can now grow up, get married and have her own kids, go to school and maybe become a journalist. It would be worth it, it would be worth it for me.

Once inside the clinic, the women are greeted by staff who offer confidence and understanding. The clinic director put her arm around a woman as she escorted her to the back of the clinic. A television in the corner of the waiting room is tuned to Black Entertainment Television. A separate ‘cold room’ with soft music and large leather sofas offers patients the opportunity to rest before their procedure.

Many women’s stories are troubling to Kathaleen Pittman, the clinic administrator who started working in an abortion clinic 30 years ago. She said she recently spoke to a mother in Texas who was trying to abort her 13-year-old daughter, who was sexually assaulted.

“She’s a child,” Pittman said. “She shouldn’t have to be on the road for hours to get here. It’s absolutely heartbreaking.”

Before the Texas law came into effect, Pittman said, about 20% of his customers were from Texas, mostly from the eastern part of the state near a tri-state region called Ark-La-Tex d. ‘approximately 1.5 million people, with Shreveport at its geographic center. Now that number is closer to 60%, and women come hundreds of miles from Austin, Houston, or San Antonio.

About 55,440 abortions were performed in Texas in 2017, according to the most recent data available from the Guttmacher Institute, a research organization that supports abortion rights, although some of these patients may be women on the outside. of State. Abortions performed in Texas account for more than 6% of all abortions in the United States, reported Guttmacher.

With around 1,000 women a week in Texas seeking an abortion, clinics in neighboring states are reporting being overwhelmed.

The Trust Women Clinic in Oklahoma City, about a three-hour drive from Dallas-Fort Worth, saw about 11 patients from Texas in August. In September, after the Texas law came into effect, that number rose to 110 and the clinic’s phones are ringing constantly, said Rebecca Tong, co-executive director of Trust Women, which also operates a clinic in Wichita, in. Kansas.

“A lot of them are literally trying to drive all night and then show up at 8 am for their appointment, without having rested,” Tong said. think you can just go home afterwards. “

Lawmakers in some states surrounding Texas hope to implement similar law that would prevent most abortions. In Oklahoma, Republican State Senator Julie Daniels drafted or sponsored four separate measures to further restrict the practice. The four laws are be challenged in class.

When asked to respond to women in Texas, Daniels said his math was not complicated.

“The math is simple and straightforward: an unborn child is a child. That’s life. It’s just that, and so it’s no more complicated than that, “she said.” My primary concern is the life of the unborn child. 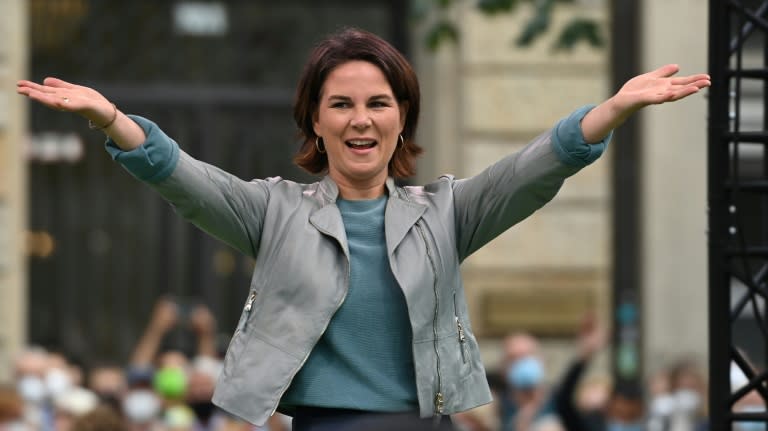