Getting it right with soils has multiple benefits, says Jonty Brunyee, Sustainability Manager at FarmED, who adds that there are ripple effects when carbon sequestration and storage in soil and aboveground biomass. .

See also: Regenerative agriculture: what to avoid and how to start

“Where you have biologically active, vibrant soil, you get healthier crops with functioning roots that require less intervention. Importantly, the soil exudate pathways are functioning, so the carbon is stored deep down. “

For farmers, there are three main ways to build soil carbon:

While all of these play a role, root exudates are the mainstay, as most of the carbon formation occurs through photosynthesis and root exudates (see “How Biological Pathways Produce Carbon Rich Soils”), plant roots build soil carbon between five and 30 times faster than carbon from above-ground biomass.

For growers who are not used to measuring carbon, soil organic matter contains around 60% carbon, some of which is tightly bound and very stable.

That’s important if you’re trying to sequester it, says Rothamsted Research soil scientist David Powlson, who adds that the rest is free and unstable, which is important for microbial activity.

“It plays a role in soil health and function, which is why it contributes to food security and ecosystem services,” he says. “For that, it’s the flow of carbon through the soil that matters.

“Its other role relates to the global carbon cycle and the effect it has on climate change. If more carbon is put into the soil, it slows down climate change. For this, it is the amount of carbon that counts.

Professor Powlson adds that a little organic carbon in soil can go a long way and have a big effect on the properties and biology of the soil.

“While this may not guarantee higher yields, especially in crops sown in winter, it improves the physical properties of the soil, making it stronger and easier to work with.

“Increasing soil organic matter is always good for soil functioning. It also contributes to the supply of nutrients, which is why savings on fertilizer costs are possible.

If you want good soil, you have to have plants, says Christine Jones, an Australian expert in soil biology. She points out that weathered rock only turns into topsoil after coming into contact with plant roots.

She explains that this happens through photosynthesis: when green plants capture sunlight and carbon dioxide, they produce sugars and carbon compounds. Some of them are exuded from their roots in the soil profile.

These exudates then nourish the soil microbes, in an active and mutually beneficial process that sees the soil particles stick to the roots of the plants. The enormous amount of microbial activity inside the root sheath – which is the name given to soil that adheres to the roots – causes soil aggregates to form.

“These rhizogaines are hot spots,” says Dr. Jones. “They contain a lot of microbes, which are fed by the sugars from the roots. 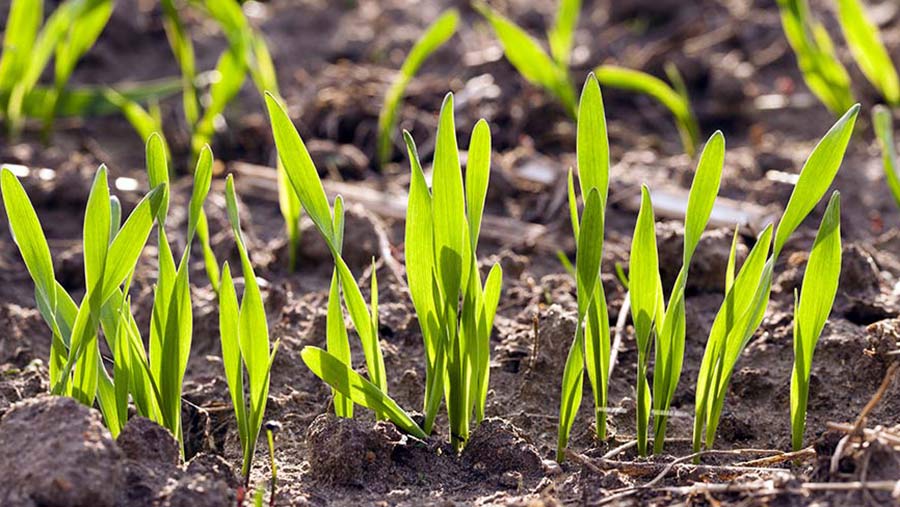 “The two main things that happen are that energy is distributed from the roots to the soil microbiome, and the fungal hyphae then produce sticky substances that start to collect soil aggregates,” she explains.

“Microbes are responsible for the process, but functional roots are needed. “

In this way, plants alter the structure of the soil, often changing it from compact and difficult to work to friable. Plants and microbes work together to produce stable aggregates in water, which Dr. Jones calls “masterpieces of engineering.”

“These aggregates contain spaces for air and water. They can both retain moisture and improve drainage. They are a fundamental unit of soil function.

“The functions that take place are extraordinary. It can be described as a form of coordinated messaging between microbes and plants. “

Soil organic matter levels have increased since 2016 on a 375ha farm in Lincolnshire, when Andrew Jackson made the decision to change the way he cultivates.

After researching regenerative agriculture and meeting Base-UK, where he met like-minded farmers eager to share their experiences, he took the plunge and joined their ranks, determined to cultivate sustainably. . 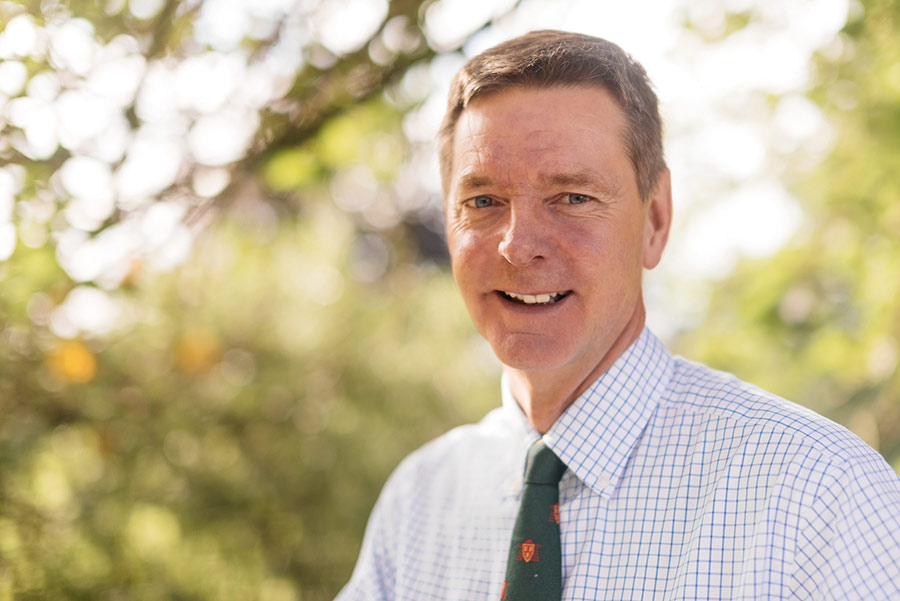 With much less soil disturbance, wider rotation, greater diversity and the gradual introduction of livestock, he now has fields that have reached 6% soil organic matter, and he finds an abundance of worms.

Carrots are no longer grown on light, sandy land, which is now leased for outdoor pig production, rotating every two years.

“This means these soils are no longer deformed and the pigs and the grass they graze on provide fertility for the next wheat crop,” says Jackson.

Two-year-old quinoa and grass seed crops have recently been included in the rotation, the latter contributing to organic matter build-up. The niche meadowfoam is introduced this season.

The rotational changes mean rapeseed is now grown on a one in eight basis, with four different clover species as companions to help with rooting and nutrient cycling.

Mr. Jackson’s Horizon Planter has multiple hoppers, which makes it easy to plant intercrops and also allows him to apply organic products from a rear-mounted tank.

His original plan to grow more cover crops has not yet come to fruition, as most crops are sown in the fall and the deadlines are considered too tight for successful catch crops.

Cover crops are grown before quinoa, and he’s always looking for improvements in rotation to help with soil structure and nutrient uptake.

Crop residues have been chopped up and returned to the ground for years, and Mr. Jackson is now embarking on making his own compost.

“The idea behind this is that it will keep the carbon in the loop and put it back into the ground,” he says. “We are trying the Walter Witte / Bokashi principle and producing anaerobic compost, so it will be interesting to see how that goes.”

He has also built four Johnson-Su bioreactors for composting and hopes to switch to making compost teas to support microbial life in the soil.

As he is aware that any excess nitrogen fertilizer not absorbed by the crop will begin to erode hard earned gains in soil organic matter, nitrogen input has been reduced from 220 kg / ha to 160 kg / ha on the soil. wheat, other crops also receiving reduced tariffs.

In addition, fuel consumption has been halved, thanks to one-pass settling techniques, and the repair bill for machines has been reduced by a third.

Yields are holding up well, with wheat averaging 8.5-9 t / ha this year.

Mr Jackson accepts that some see him as a ‘wacky farmer’, but he is really happy with the direction taken so far and believes the farm is well positioned for the introduction of the sustainable agriculture incentive programs and of environmental land management.

“I learn as I go,” he says. “Shaping our floors was the right place to start, and we are now seeing the benefits. “

This is a five-part series on how to introduce regenerative agriculture. Future articles will look at how to design a diversified ration, reducing your reliance on artificial inputs and bringing livestock into the system.

Previous article: Regenerative agriculture: what to avoid and how to start 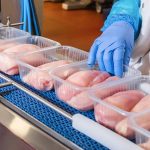 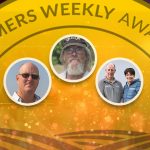