Do you ever take a look at our system of post-secondary education and just think how it doesn’t make any sense?

My first personal experience with this sensation came in my first semester as a graduate instructor at McNeese State University, Fall 1994, when I was assigned to a section of English 090, developmental English.

McNeese was essentially open admission and English 090 was a remedial course for those who scored below a particular mark on the ACT. Passing English 090 conveyed no credit towards graduation, but passing allowed students to start taking the required gen ed English sequence.

If your goal is to try to move as many students as possible from the remedial course onto the track for graduation, it didn’t make any sense to take the eager, but also entirely inexperienced and barely trained first semester grad student and make them the course instructor, but there I was.

Starting the semester with 35 students in the class didn’t make a lot of sense either, given it made it hard to provide the kind of individualized attention students benefit from. I was told this structure was in place because it was anticipated a significant number of students would drop the class (and drop out of college entirely), so that by the end, I’d be somewhere under 20.

They were right! The remedial course was weeding students out of the system as intended.

My belief then, a belief I continue to hold now, is that post-secondary education should be organized around providing access and opportunity for advancement to as many people as possible. This is how I ran my classes as an instructor because the power of learning to think and then express the byproducts of that thinking in writing is something that should be available to everybody.

I often hear people in important positions like government officials or college and university presidents or think tank mucky mucks proclaim something along the lines of education being the “great equalizer,” which suggests that access to opportunity and advancement should be as abundant as possible, provided we believe all that jazz about life, liberty and the pursuit of happiness being our country’s animating ideals.

But our education system, particularly our post-secondary education system is, in reality, a great sorting and selecting process that primarily serves to reinforce and even expand already extant inequality.

This was evident in the structure of that developmental English course. If the goal was advancement, those students needed the most experienced instructor available, not a total newbie. They needed a class size that afforded individual attention, not an overload that would accelerate the number of students falling by the wayside.

That sorting and selection takes precedence over advancement was also apparent to me from the moment I re-entered higher education as a non-tenure track instructor. Being non-tenurable meant I had already been sorted into, not the dumpster exactly, but maybe more like one of those pressure holds on a spaceship where it takes just one button to launch you into the void where no one can hear you scream. People like me were teaching the vast majority of the classes at my first three research university stops and yet we were treated as entirely fungible.

Rather than being supported as the personnel tasked with handling much of the credit-bearing educational work of the institution, non-tenure-track faculty were a mechanism by which the faculty who count could increase their personal and institutional prestige, prestige which is then marketed as the chief rationale for why a university is good. This has nothing to do with the quality of education at the institution. We know this, and yet it is important to how the institution is ranked.

The entire mechanism is entirely separate from any kind of mission around access and inclusion. That work is left for the non-selective institutions, which are, in turn, provided a fraction of the resources of highly selective institutions because they do not compete in the metrics that matter.

A recent interview at The Atlantic by Emma Green of Princeton President Christopher Eisgurber is an interesting illustration of the divide between the structure of sorting and selection, and the rhetoric of opportunity and advancement.

Green dives right in, asking Eisgruber, “Why should Princeton exist?”

Eisgruber responds: “Universities are places that invest in human talent, often in audacious ways. The idea of a place like Princeton is that you can identify young people who have extraordinary talent and will benefit from an intensive academic experience. Over the space of years and decades, they will blossom in ways we can’t even predict, and they will be able to address problems that matter.”

On the surface, this is language of opportunity and advancement, but we should also note how Eisgruber characterizes both Princeton students and what they will receive, “extraordinary talent” that “will benefit from intensive academic experience.” As examples, President Eisgruber cites James Madison, Alan Turing, and Sonia Sotomayor, all Princeton graduates.

Clearly these are students who deserve such bounty, but what if this bounty comes at the cost of opportunity for others who have been judged by this system as not as deserving?

For example, a 2015 study found that Princeton yearly public subsidy amounted to $105,000 per student, while nearby Essex Community College received a public subsidy of $2400 per student. Our public resources are disproportionately subsidizing a very small and select group of students.

Green digs in through the remainder of the interview, pressing Eisgruber, comparing Princeton to the CUNY system which admits many more low-income students and does better at putting them on a path to increased economic prosperity.

Eisgruber pushes back again emphasizing that Princeton is a place that can invest in “human talent,” “very aggressively” in a way that provides a “return on investment over the long term.”

Princeton students are an investment that is means to benefit us all, I suppose.

How many Michelle Obamas is a Ted Cruz worth? Is Jeff Bezos on the plus side of the ledger for everyone? Aaron Burr? Donald Rumsfeld?

(I will admit that David Duchovny’s alumnus status paid off in one of the better gags in The Chair.)

Princeton is quite generous with financial aid, giving 60% of students at least some relief from the $77,000 sticker price. But also, the median family income for Princeton is over $180,000, an income which puts them in the top 13% of American households. It seems as though those extraordinary talents are awfully concentrated among the already rather wealthy. Somewhere around a third of Princeton students had the extraordinary talent of being the child or stepchild of a Princeton graduate.

We can’t claim that post-secondary education is a great equalizer when our model institutions are expected to compete on metrics like prestige, which are driven by exclusivity and scarcity, and when the single most important indicator of admission is having a relative who previously attended.

We also can’t claim that post-secondary education is the great equalizer as long as the original sin of the exclusion of black students, so compellingly outlined by Adam Harris in his recently released, The State Must Provide: Why America’s Colleges Have Always Been Unequal – And How to Set Them Right remains unaddressed, and is in fact, only being exacerbated.

Looking at where resources and attention go when it comes to higher education in this country, you cannot conclude anything other than we’ve created a great sorting system where being wealthy and white convey a significant starting advantage.[1]

What is there to conclude other than lots of people must want it this way, no matter what rhetoric they may employ about education and opportunity?

Eighty percent of 4-year colleges and universities admit more than 50% of their applicants, in contrast to Princeton’s 3% admission rate. These include regional public institutions which are dedicated to access and opportunity, but because of that mission, are precluded from reaping the rewards of prestige and selectivity.

A recent Brookings Institute report proposed infusing these regional institutions with additional money as a way to aid the distressed communities in which many of them are located. This feels like a step in the right direction in that it turns our gaze from the part of higher education that is neither representative, nor oriented around the mission everyone claims higher ed should embrace.

None of this is hidden or mysterious. It has been in plain sight my entire career, and was quite obviously in place long before that.

What is stopping us from admitting the truth? This whole thing just doesn’t make sense.

We’re going to have to choose change, though. It isn’t just going to miraculously happen by itself.

[1] There are some schools that manage to buck the system and deliver on the mission of access and advancement, but they are exceptions to the rule. 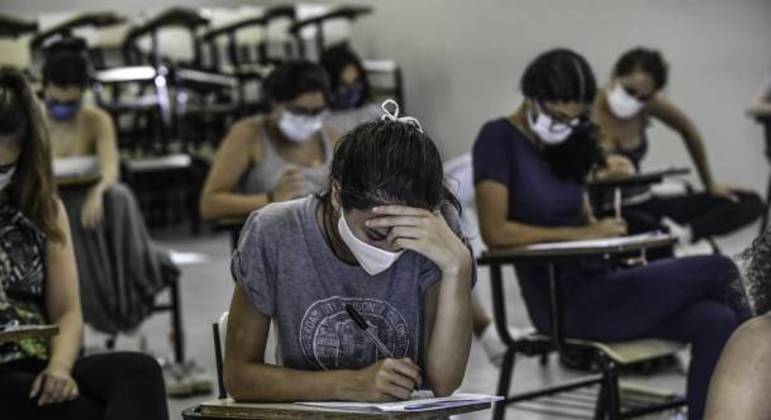 What’s a College Degree Worth?

Districts Want to Make School Meals Free Forever. But They Need Help Paying for It.