The artwork titled Love is in the Bin has sold at auction for over 1,750% of what it was just three years ago.

A partially destroyed Banksy painting sold at auction Thursday at Sotheby’s in London for more than 1,750% than it sold just three years ago. It is the most expensive work of art the artist has ever sold at auction.

The work, then called Girl with Balloon, made headlines around the world in October 2018 when it self-destructed immediately after being sold at Sotheby’s for around £ 1million ($ 1.2million). at the time). The artist claimed it was a “farce”, and the auction house denied any complicity in the stunt, raising eyebrows.

The artwork was later renamed Love Is in the Bin and quickly became “a cultural phenomenon,” says Emma Baker, contemporary art specialist at Sotheby’s in London.

“You’ve seen it on T-shirts, protest signs and political cartoons, and McDonalds and IKEA have used this artwork as the basis for some of their ads. It is in the realm of the iconic.

In the run-up to the sale, which took place in the middle of London’s Frieze Week, Sotheby’s promoted the work to clients around the world and even went so far as to shred the banner outside its head office in tribute.

His efforts paid off. “A lot of people came to see him,” says Baker. “There were up to 1,000 people a day since last weekend.”

The work has been estimated at between £ 4-6million ($ 5.5-8.2million). Over the course of the sale, auctions started at £ 2.5million and quickly increased in half a million pounds increments to £ 14million, when two telephone bidders began to compete against each other in a concerted manner for work. After what Sotheby’s said was a 10-minute auction, auctioneer Oliver Barker hammered the job at £ 16million. With the auction house’s fees, the total came to £ 18.58million ($ 25.42million).

The sale comes at a time when the Banksy market is on the rise. The anonymous artist’s auction record nearly doubled this year, when his oil on canvas photo of a child playing with a nurse superhero doll, Game Changer, sold for $ 23million. dollars at Christie’s in London in March, with the profits benefiting staff and patients at Southampton University Hospital. .

His record was already set in October 2019 with his oil painting Devolved Parliament, which represents the British House of Commons populated by chimpanzees. It sold for $ 12.2 million at Sotheby’s London.

Love is in the Bin’s performance “says maybe less about the Banksy market than it does about the market for this piece of art,” says Baker.

“I feel like this is one of the most ingenious artistic events of this century so far, and I think it is without a doubt Banksy’s most successful work.” 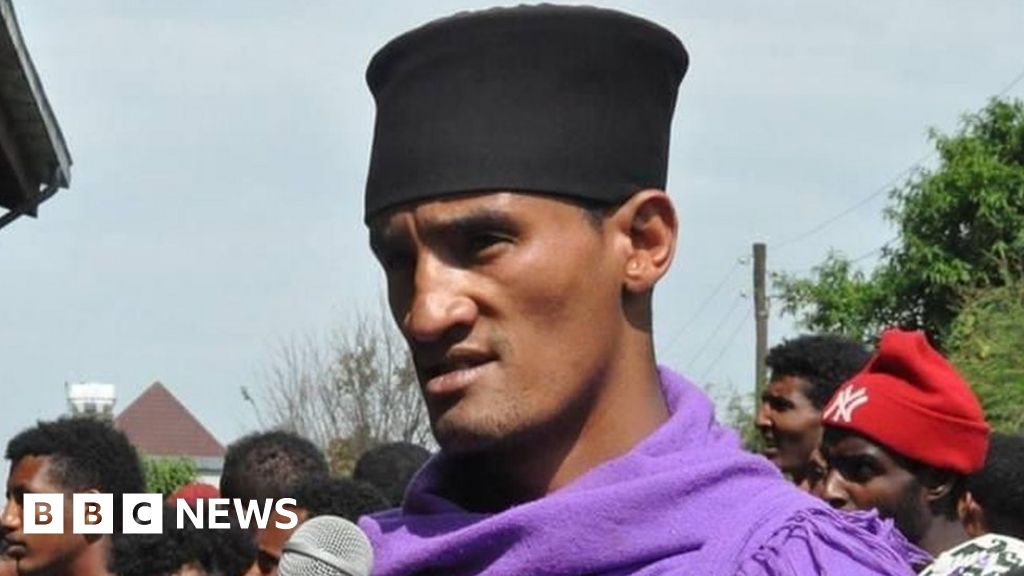 Ethiopia’s Tigray Crisis: From Monk to Soldier – How the War Divided a Church