BAGHDAD – For many Iraqis the name Colin Powell conjures up an image: the man who, as US Secretary of State, appeared before the UN Security Council in 2003 to advocate for ‘a war against their country.

Word of his death Monday at 84 sparked feelings of anger in Iraq at the former general and diplomat, one of several Bush administration officials whom they hold responsible for a disastrous US-led invasion that led to decades death, chaos and violence in Iraq.

His testimony at the UN was a key part of what they say has come at a high cost to Iraqis and others in the Middle East.

“He lied, lied and lied,” said Maryam, a 51-year-old Iraqi writer and mother of two in northern Iraq, who spoke on condition that her last name was not used because the ‘one of her children is studying in the United States.

“He lied, and we are the ones who got stuck in endless wars,” she added.

As chairman of the Joint Chiefs of Staff, Powell oversaw the Persian Gulf War to overthrow the Iraqi military in 1991 after Iraqi leader Saddam Hussein invaded Kuwait.

But Iraqis remember Powell more for his presentation to the UN justifying the invasion of their country more than a decade later by portraying Saddam as a major global threat who possessed weapons of mass destruction, even displaying a vial of which, according to him, could have been a biological weapon. Powell had called Iraq’s claims that it did not have such weapons a “web of lies.” However, no ADM was ever found and the speech was later derided as a low point in his career.

“I am saddened by the death of Colin Powell without having been tried for his crimes in Iraq. … But I’m sure God’s court will be waiting for him, ”tweeted Muntadher al-Zaidi, an Iraqi journalist who expressed his outrage against the United States by throwing his shoes on then-President George W. Bush, during an interview in a 2008 press conference in Baghdad.

In 2011, Powell told Al Jazeera he regretted providing misleading intelligence that led to the US invasion, calling it a “stain on my record.” He said many sources cited by the intelligence community were false.

But in a 2012 interview with The Associated Press, Powell said that overall the United States “has been very successful” because “the terrible dictator of Iraq is gone.”

Saddam was captured by US forces while in hiding in northern Iraq in December 2003 and then executed by the Iraqi government.

But the insurgency that emerged from the U.S. occupation turned into deadly sectarian violence that killed countless Iraqi civilians, and the war lasted far longer than the Bush administration predicted and ultimately helped give birth to the Islamic State group. President Barack Obama withdrew US troops from Iraq in 2011, but fired advisers three years later after ISIS arrived from Syria and captured large swathes of both countries.

Powell’s testimony at the UN “resulted in the deaths of tens of thousands of Iraqis. This blood is on his hands, ”said Muayad al-Jashami, a 37-year-old Iraqi who works with non-governmental organizations.

Although he did not suffer any direct losses, al-Jashami said he continues to struggle with stress and panic attacks due to his childhood with war, displacement and years of terrorist attacks. bomb in the country.

Aqeel al-Rubai, 42, owner of a clothing and cosmetics store in Baghdad, said he didn’t care whether Powell regretted the misinformation he gave about weapons of mass destruction.

Al-Rubai, who lost his cousin in the war, also blames the United States for the death of his father, who was unsuccessful in the sectarian bloodletting that followed the American invasion, and who then had a fatal heart attack.

“What does this remorse do for us?” A whole country has been destroyed and we continue to pay the price, ”he said. “But I say God have mercy on him.

Elsewhere, Powell is remembered as “a dominant figure in American military and political leadership for many years, someone of immense ability and integrity”, by former British Prime Minister Tony Blair, who argued the American campaign and invasion.

The Israeli Embassy in Washington praised Powell for his “commitment to Israel and his deep personal connection to the Jewish community.”

Mary Robinson, the former President of Ireland, said Powell was “a wonderful and moral man who has been terribly misled in the context of the Iraq war before the Security Council”. Robinson runs The Elders, a group of retired world leaders.

But Maryam, the writer from northern Iraq, refuses to accept the idea that Powell may have been misled about Iraq.

“I don’t believe it,” she added. “And anyway, when lives are on the line, you don’t have that luxury.” 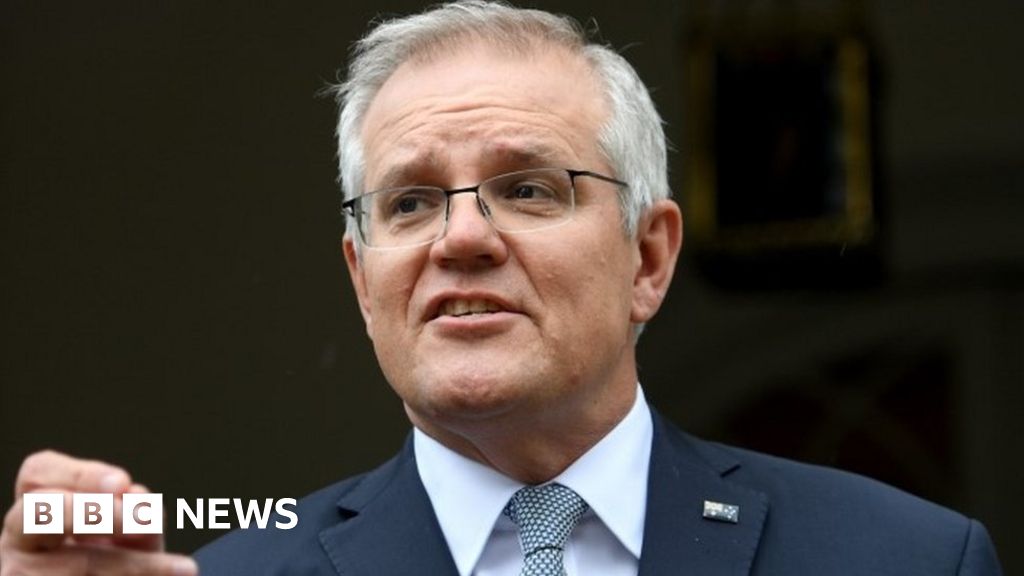