Wolf advocates across the country brooded over the bad news this week: the epic journey of a lone gray wolf who ventured from Oregon to the edge of crowded Southern California suburbs in search of territory and companions had ended in a vehicle collision near Interstate 5 in the Kern County town of Lebec.

“The OR-93’s relentless wandering has given us hope, inspiration and a brief glimpse of what it would be like to see wolves running free across California again,” Amaroq Weiss said. , spokesperson for the Center for Biological Diversity. “I only wish we could give him a safer world.”

California’s most adventurous wolf was found dead on the afternoon of November 10 by a truck driver who noticed the carcass on a dirt road near a road parallel to Interstate 5, reports said. responsible. A state game ranger collected the remains, which were transported to the Rancho Cordova, Calif., Wildlife health lab where the autopsy was performed.

An autopsy conducted on the carcass, which was found approximately 80 km north of Los Angeles, determined that OR-93 had suffered “significant tissue trauma to the left rear leg, dislocation of the knee and soft tissue trauma.” to the abdomen ”, the Department of California. of fish and wildlife said Wednesday. The agency also said it “had determined that the wolf died of trauma related to a collision with a vehicle and did not suspect foul play.”

Driven by an evolutionary gamble to pass its genetic information to new generations of wolves in a region where they had not been seen for over 200 years, OR-93’s record trips to California had signaled the potential return of a predatory force that some environmentalists hoped to repair lopsided wildlands and make them more stable and diverse.

But it also increased the chances of OR-93 going into trouble on highways, suburbs, or ranches where it could be mistaken for an unusually large and trapped coyote and slaughtered as a threat to livestock.

Weiss was among wolf advocates and wolf foes who kept their eyes peeled for an unusually large canine predator on the prowl since biologists lost track of the “pings” emitted by OR’s purple radio collar. 93 April 5 in San Luis Obispo County. , about a three-hour drive north of Los Angeles.

By that time, state wildlife officials said, he had flown at least 935 air miles in California, a minimum average of 16 miles per day.

The fact that authorities had not picked up a “death signal” from the necklace, which would indicate that the beast had stopped moving, compounded the mystery.

Just a week ago, Weiss walked through a swath of wilderness in the Los Padres National Forest near where a landowner’s surveillance camera recorded video footage of the wolf near a watering hole in May.

“I immerse myself in this landscape, looking for dung, for traces – any clue that the OR-93 was still on the move,” she said. “I didn’t find any. But I haven’t given up hope because this area is teeming with deer and has plenty of room to roam.

OR-93 was just over a year old when biologists fitted him with a GPS tracking collar near his birthplace, south of Mount Hood in western Oregon.

On January 30, he left his bag and headed south, traveling fast and leaving a scent trail past northern California lava beds, snow-capped Sierra Nevada passes, along the outskirts of the Yosemite National Park and in an agricultural area near Fresno.

From there it headed west towards the central coast, successfully crossing highways 99, 5 and 101, three of the most perilous roads in the country.

The GPS Collar provided biologists at the Oregon Department of Fish and Wildlife with a few downloads of its location data each day, which was shared with California wildlife authorities.

In California, wildlife authorities were reluctant to reveal details of the wolf’s precise location for fear it would make it easier for hunters to find and kill it.

The California Cattlemen’s Assn., Which had followed the wolf’s progress in weekly bulletins, decided not to report that the OR-93’s radio collar had gone silent. Association officials said at the time that just because the OR-93’s radio collar stopped transmitting signals didn’t necessarily mean the wolf wasn’t always roaming the area looking for it. ‘a meal.

The less than two dozen wolves currently living in northern California include the Lassen pack, whose territory covers parts of Plumas and Lassen counties; the Beckwourth pack in eastern Plumas County; and the Whaleback Pack in eastern Siskiyou County. Then there is OR-103, another lone man who passed through Northern California on May 4.

Before being defeated by government-backed poison and trapping campaigns, millions of wolves thrived in nearly every part of North America. Today, only about 6,000 remain in the Lower 48 and up to 12,000 in Alaska, where they are legally hunted as big game.

Gray wolves were removed from the federal endangered species list a year ago after the US Fish and Wildlife Service determined the overall population to be “stable and healthy throughout its current range.”

Since then, Idaho and Montana have passed new laws to dramatically reduce wolf populations in those states. Environmental groups, including the Center for Biological Diversity, have responded with lawsuits that challenged the delisting, calling it premature and unscientific.

Pamela Flick, California program director for Defenders of Wildlife, said that “the unfortunate disappearance of OR-93 along Interstate 5 underscores the need for more wildlife crossing structures statewide to facilitate the safe passage of animals and increase the safety of humans “.

Beth Pratt, regional executive director of the nonprofit National Wildlife Federation and leader of her #SaveLACougars campaign to fund a wildlife crossing on a 10-lane stretch of Highway 101 in the Santa Monica Mountains, is all in. made okay.

“I must have taken a long walk after hearing the painful news that OR-93’s wanderings were over,” she said. “At one point he passed within 15 miles of my home near Yosemite National Park – and after that I posted a sign in my driveway: ‘Wolves are back!

“What hurts deep inside,” she added, “is that OR-93 was only steps away from the 270,000-acre Tejon Ranch Conservancy when it was installed. crushed.

“A few yards away was a Shangri-La for Wolves waiting for him and an adventurous woman to follow her way through the history books.” 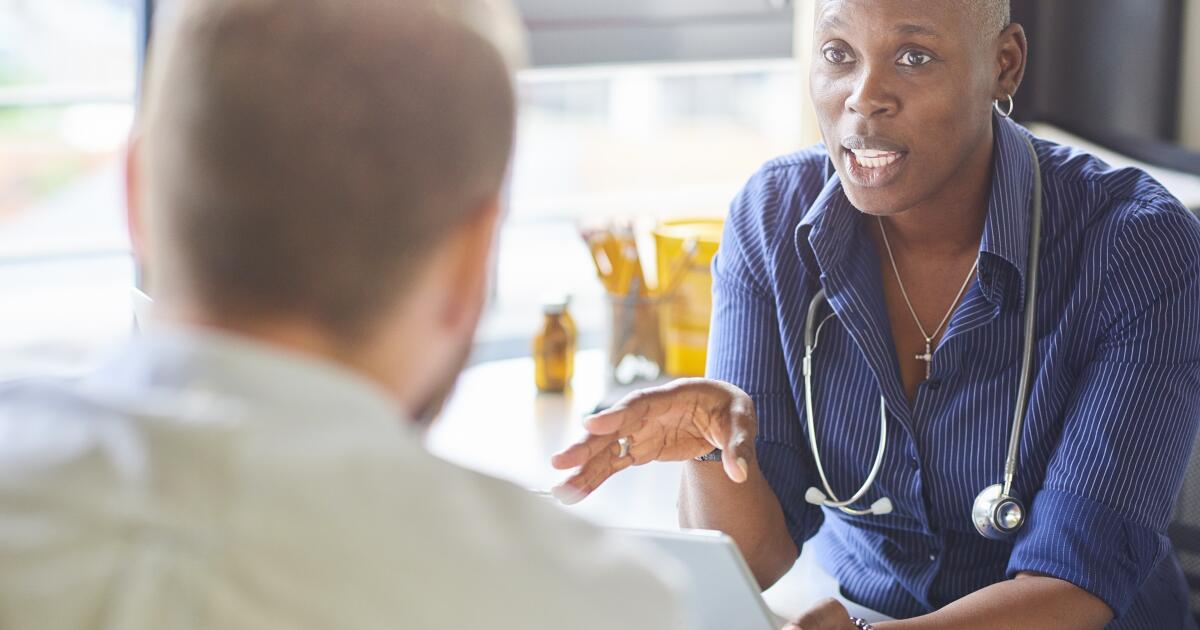