WEDNESDAY, October 13, 2021 (HealthDay News) – City dwellers around the world are sweat by three times as many “extreme heat” days as their counterparts in the 1980s, a new study suggests.

The study is the latest to paint a picture of the increasing exposure of humans to dangerously high temperatures. Experts said he looked at what was going on in more detail than previous research – and this suggests exposure to extreme heat is more prevalent than previously thought.

According to researchers’ estimates, 1.7 billion city dwellers – nearly a fifth of the planet – were exposed to an increasing number of days of extreme heat between 1983 and 2016.

These are the types of temperatures that increase the risk of heat illness, even for healthy people if they work or exercise outdoors.

For those living in hot cities, “it’s not news that this is heating up,” said Cascade Tuholske, study leader and researcher at the Earth Institute at Columbia University in New York City.

It’s not that urban areas are the only places to feel the heat, said Tuholske, who was a graduate student at the University of California at Santa Barbara at the time of the study.

But cities are sizzling due to a combination of two factors: climate change and what’s known as the urban heat island effect. This is where a lack of grass and trees and an abundance of concrete and asphalt combine to trap the heat.

In addition, more of the world’s population has moved to urban centers, which Tuholske’s team said was a further reason for the increasing exposure to extreme urban heat.

The results, recently published in the Proceedings of the National Academy of Sciences, are based on data from over 13,000 cities around the world. The researchers estimated the population’s exposure to days of extreme heat – which was defined as a “wet globe” temperature of 30 degrees Celsius (86 degrees Fahrenheit) or higher.

It is a measurement that takes into account not only temperature, but also humidity, wind speed and cloud cover. This gives an idea of ​​the “felt” temperature for people exposed to the sun.

When the temperature of the wet globe reaches the threshold of 30 ° C, a healthy person will begin to experience heat stress after 30 minutes of work or to exercise outdoors, according to the US National Weather Service.

“It’s not just the elderly who are affected,” Tuholske noted.

His team estimates that during the study period, residents of these urban areas saw their exposure to extreme heat days increase by 200%. But the impact was not uniform: twenty-five urban areas accounted for a quarter of the increase in extreme heat exposure.

Still, the problem was widespread, with nearly half of urban areas showing an increase in residents’ exposure to extreme heat.

The findings underscore the importance of gathering more precise details about what the city’s residents actually experience, according to Dr Mona Sarfaty, program manager for climate and health at George Mason University in Fairfax, Virginia.

There are some innovative projects aimed at this, she said. In Miami, for example, researchers have armed “citizen scientists” with heat sensors to track the temperatures they face in everyday life. At a bus stop, Sarfaty noted, the average temperature exceeded 100 degrees Fahrenheit.

While global warming must be approached with sweeping changes – including less reliance on fossil fuels like petroleum and coal – local measures are also important, said Sarfaty and Tuholske.

Cities can create more “green spaces,” Sarfaty said, not only to provide shade, but also to help freshen the air. Some cities, like Phoenix, apply special coatings to asphalt to reduce the temperature of paved areas.

Local health departments and employers can also do more to raise awareness, Sarfaty said. She pointed to a recent study in Texas, where a “heat stress awareness program” was found to reduce heat-related illnesses among city workers who worked outdoors.

“People are not necessarily aware of how quickly they can succumb to the heat,” Sarfaty explained.

As with so many health issues, Tuholske said low-income and marginalized people are among the most vulnerable, as they often work outdoors and lack air conditioning and other options to mitigate their exposure to dangerous heat. .

There is particular concern, he noted, for people living in cities across the world that simply weren’t designed to support the large populations they now have.

The World Health Organization has more on climate change and health. 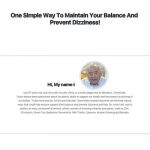