BRUSSELS (AP) – The big Brexit brawl heads to its next stalemate on Wednesday when European Union concessions to improve trade in Northern Ireland appear likely to be deemed insufficient by the UK.

Officials said the EU’s top Brexit official, Maros Sefcovic, was to propose major practical changes to the Byzantine system of customs and controls in Northern Ireland, which is British territory but was still part of it. of the EU borderless trade market when the UK left the bloc last year. Under the new rules, goods must be checked between Great Britain and Northern Ireland.

As welcome as such a reduction in red tape may be for London, it also insists on another fundamental change. He wants the EU to cede final legal control of any trade dispute in that country and leave it to independent arbitration.

EU officials, member countries and the bloc’s parliament have bristled at the idea that the EU Court of Justice would lose its preeminence over part of its trade market, and Sefcovic’s leeway is close in negotiations starting later this week.

“The role of the CJEC (…) is not to be negotiated,” said Nathalie Loiseau, a key EU parliamentarian in France.

Britain and the EU have agreed it is essential to avoid a hard land border between Northern Ireland and the EU member Republic of Ireland, as the island has long been the site of deadly sectarian violence ahead of the demolition of border posts as a key part of the 1998 campaign. Good Friday deal.

Now the EU says Johnson is looking to reverse the deal with Northern Ireland he himself signed.

Charges of British duplicity and received even more fodder on Wednesday when Johnson’s former chief aide Dominic Cummings suggested the UK government never intended to honor the withdrawal deal it had sign.

“This would indicate that this is a government, an administration, which has acted in bad faith and that this message must be heard around the world,” Irish Deputy Prime Minister Leo Varadkar told the Irish television channel RTE.

France also said Britain could not be trusted in a dispute over fishing licenses which Paris said should have been granted long ago as part of the trade deal signed with London. French spokesman Gabriel Attal said the government intends to announce retaliatory measures before the end of the month.

It is in such a hot context that Sefcovic must now negotiate with his British counterpart David Frost to smooth trade in Northern Ireland.

He will travel with a wide range of proposals to cut red tape for goods entering Northern Ireland and remove barriers that created irritants – like when British Cumberland sausages couldn’t make it to Belfast tables in due to EU rules on chilled meat.

Jill Lawless in London and Sylvie Corbet in Paris contributed to this report. 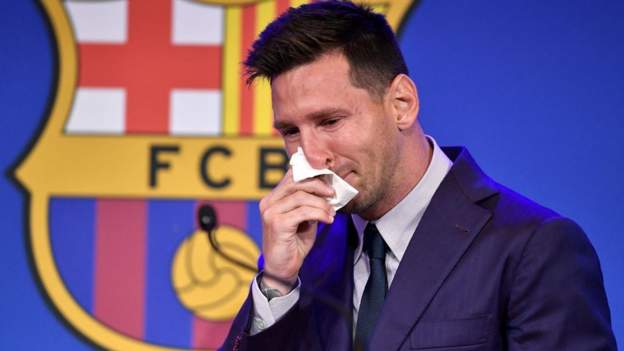