A few days ago, the documentary on Afghanistan “Beyond the border” was presented at the Venice Film Festival. The documentary was partially funded using cryptocurrencies, thanks to the profits that one of the film’s producers made with Bitcoin.

For the occasion, we interviewed the two producers of the documentary, Suril Desai of Yugen Media and Shahal Khan of Burkhan World.

Beyond the Border, the documentary funded by cryptocurrencies

Can you tell us more about the history of the documentary?

Suril Desai: I met Dave, the narrator of Beyond The Border when I went to Kashmir for the first time in my life. I had sponsored a snowboard and music festival called PoK -Powder Occupied Kashmir features Krystal… a whole bunch of Westerners, Orientals and God knows who else came together for a fun festival in the subzero regions of Kashmir.

There we became lifelong friends. I met a whole community of winter sports enthusiasts. Satbir Singh, a dear friend who I met at another music festival in the deserts of Rajasthan in 2014, was on the main organizing committee. Nasee Khandey, managed the lodge where I was staying, he told me he would come to Mumbai and tell me about his project. I said ok, why not. Several months passed, but it was not a whole year. I got a call from Nasee and we met.

At the very first meeting, I was a little hesitant to think like a feared anti-national. I thought if he was an activist or something god knows what else, but the stupid brainwashing that is happening to us in India against Islam and Kashmir pisses me off.

In short, he showed me the treatment of Iron Khan. I said straight away that I would if I couldn’t find a producer. Know how Bollywood Tollywood and all the other Woods work. I approached many of them but had a refusal. Determined and focused, I entrusted the project to my father Nishith Desai and my mother Swati Desai. To my surprise, they immediately agreed. This green light eclipses millions of suns. I took a loan from my mom and ran with it. The project was carried out over a period of 7 years. You can watch it for free on YouTube, just type Iron Khan in the search.

When Nasee and Dave approached me about the idea of ​​making a documentary about winter sports in Afghanistan, I was immediately captivated and excited to be a part of it. At the very first instance I offered a Bitcoin to start the project. For some reason Dave was unable to deal with the complications of using the computer and then our communication stopped so we followed each other on Facebook. A few months later, Nasee approached me and told me he was going to make a documentary out of it. I was like wow how much do you need? I kept giving him small amounts of money, a few hundred thousand rupees. During the confinement Nasee focused all of her energies on the project and made a beautiful product. I shared the trailer with Shahal Khan who I met on a WhatsApp crypto group. He loved it and assembled a team of dedicated and committed people from all over the world and Italy.

A gentleman by the name of Mirko Negri did a lot of heavy work and got Beyond The Border to come out at the Venice Film Festival. I had never imagined this in my wildest dreams. That’s it and now we’re here discussing Afghanistan. This is why crypto!

Why did you decide to use crypto to finance?

SOUTH DAKOTA: I wish I could have funded the entire documentary with crypto. I mainly used crypto to show its effectiveness. It’s so easy to send it, receive it and cash it. You can send it anywhere in the world without any regulatory issues. All you need is a crypto wallet, a good internet connection and you’re good to go. Like the name of our documentary, crypto is beyond borders. I think crypto brings the world together. It’s a boon especially for documentary filmmakers who shoot in conflict zones.

They no longer have to worry about converting and carrying bags of money to cover their production costs. Plus, when you have international teams, transactions are much simpler. Unlike cash, there is much more traceability of crypto transactions (although there is a very high cost associated with the trace) as well it brings a lot of transparency to the whole process. All Bitcoin transactions are public, traceable and permanently stored in the Bitcoin network.

Why did you decide to tell this story of Afghanistan?

SOUTH DAKOTA: When Dave came to Kashmir, he had brought snowboards to give to locals, children, young adults, men and women, so they could learn and enjoy the sport. He wanted to do the same in Afghanistan. When he told me that, I couldn’t resist being a part of it. I also felt that this could be my contribution of a cent (or a satoshi) to world peace.

Although I have never skied or snowboarded, I have produced two documentaries on winter sports culture, both in high conflict regions of the world. I also realized that there are a lot of cultural similarities in the two regions. I feel activities like winter sports can make a lot of changes in people’s lives in these regions. It opens their minds to new experiences and can improve their economic well-being.

Plus, when you juxtapose the two documentaries, Beyond The Border and Iron Khan, you can only feel a sense of hope, empathy, and compassion for the people there. Even in such hostile environments, they can still find reasons to smile and laugh. That in itself I find gratifying.

How do you use NFTs?

Shahal Khan: The NFTs of the film posters will be produced in a limited number 1000 and auctioned because it is the first documentary to be produced by crypto, thus the unique number and the register on the blockchain of this digital TVN and the accompanying poster will be a collector’s item. NFT prizes will be set at $ 1,000 per poster and the proceeds will be used to fund a second documentary on another region where peace and cultural understanding are needed. The NFT platform that will launch the sale will be announced in the next 10 days.

How can cryptocurrencies change the way a movie is funded?

SK: Crypto allows people around the world to invest in a movie without currency movement restriction but also allows unique group fund syndication models as well as the capacity of those who have invested get royalties on the blockchain for their investment if they invest in this type of structure. Alternatively, insecure assets like NFTs can be used as other revenue methods by creating specific property rights over content like quotes or images that could not be easily documented previously on an audit and a review. verifiable ledger. 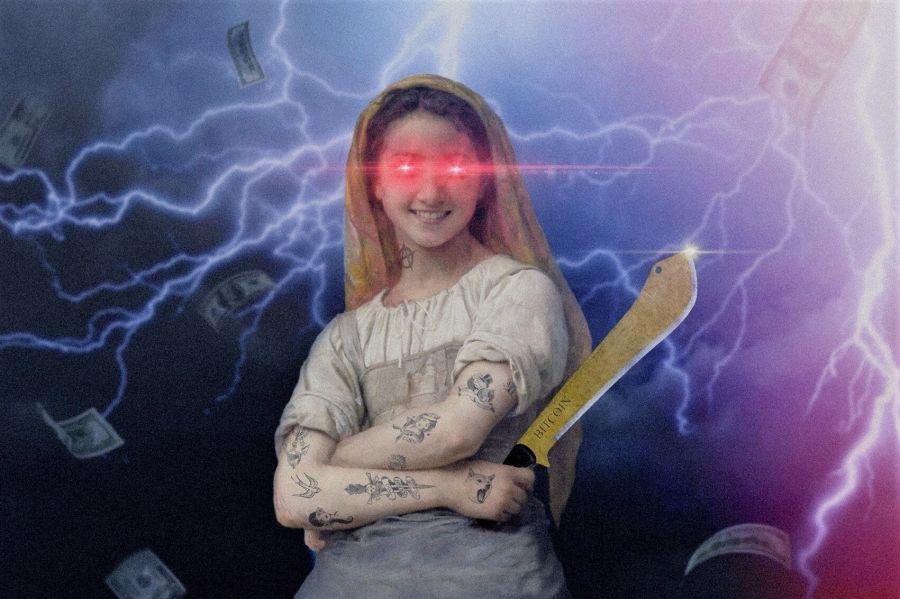 The NFT sector, far from being dead or even at rest, is exploding at all levels 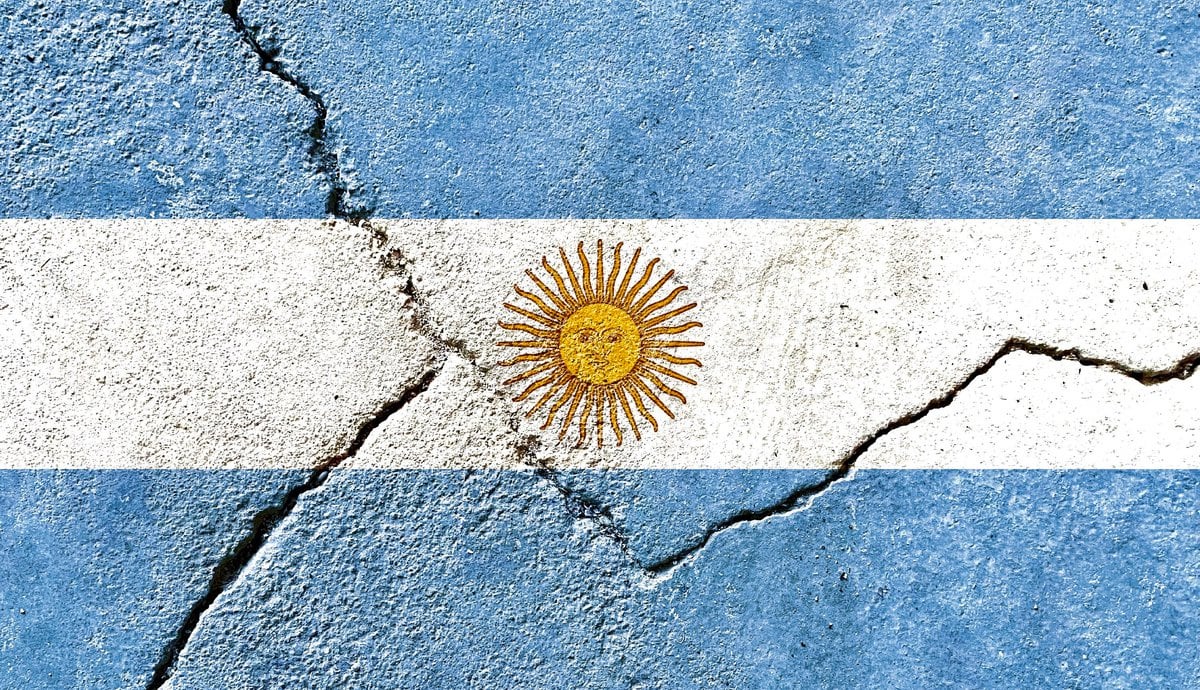 “We are concerned about the advance of cryptocurrencies,” says Central Bank of Argentina president 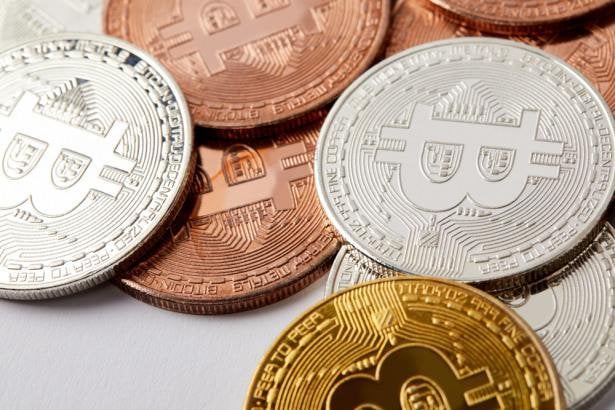